Nobody can make you feel inferior without your permission. ~ Eleanor Roosevelt 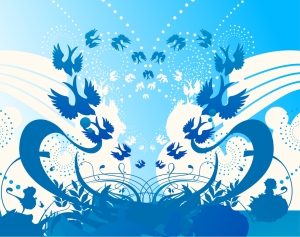 As long as there are people who enjoy being cruel and have a need to dominate and control others, there will be bullies. Unfortunately, that also means there will be those who are the recipients of their physical and/or emotional aggression. Years ago, only two options were usually offered a child suffering from being bullied: fight back or ignore it. Adults tended to think it was a normal part of childhood. Nowadays, awareness of the extreme result of bullying (such as suicide) has caused parents, teachers, and school systems to take a more active role in preventing and dealing with schoolyard bullies through special programs and education.

There is also an abundance of books and movies for kids and young adults that deal with this issue. Books for parents and teachers, such as The Bully, the Bullied, and the Bystander by Barbara Coloroso give understanding and guidance regarding bullying – with insight into the role that a bystander (active or not) plays in supporting such behavior. In the book, suggestions are given on how to raise a child to have the compassion and strength of character to act on what is right if they find themselves as a bystander “even at great cost to himself.”

Eventually we all grow up and leave school behind, but schoolyard bullies often grow into adult bullies. This kind of behavior is less in-your-face physical and more subtle, but still just as harmful. It can manifest itself in its simplest form in a relationship where one person continually takes advantage of another through manipulation, often using the friendship (and the possible loss of it) as a weapon.

We can try to understand bullies. Most have a need to control because they have little control over their own lives – and those they perceive as weak or different become easy targets. Many are raised by dominating, controlling parents, and bullying can become a natural path. But no amount of understanding can excuse this behavior. Whatever the reasons, a bully chooses to treat people a certain way, just like the rest of us do.

As adults, we have choices that children may not have or may not know they have, or don’t have the strength to make. We can choose not to be bullied, deciding instead to avoid or ignore those kinds of people without harm to our once-fragile childhood hearts. We can end an unhealthy relationship with a controlling partner or friend. The power to change a situation that we’re unhappy with is within each of us.

But things become more complicated when encountering bullying in the workplace. Our job might depend on getting along with that awful person giving us the stink-eye from the desk across the room. And if it’s your demanding supervisor…that’s an even tougher situation. We still have choices, whether it’s being nice to the person to keep the peace, confronting the person in an assertive but non-aggressive way, or taking the problem through the chain of command. If bullying turns into outright harassment, most workplaces have rules in place to deal with it. In any case, moving on might just save your physical and mental health.

But no matter what, keeping in mind where the fault lies is key. You do not deserve to be treated with scorn or disrespect. No one else is the boss of you, but you.

October is National Bullying Prevention month. What do you think is the best way to handle or prevent bullying?

2 thoughts on “Bullying: You Are the Boss of You”