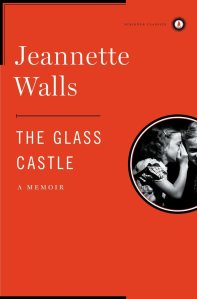 Writers who have contemplated crafting memoirs, but were too afraid, can learn lessons from Jeannette Walls, author of The Glass Castle. She feared that if she revealed her impoverished childhood with eccentric parents, who lived on the streets of Manhattan and dumpster dived for food, people might cease to speak to her. One day she quizzed her mother, “What am I supposed to tell people about my parents?”

Walls did just that in her 2005 memoir that has been translated into 23 languages and sold over 3 million copies. In The Glass Castle, you can open any random page and find a gem. On page 39, Walls explains why she doesn’t believe in Santa Claus. Her parents disillusioned their four children from expecting expensive gifts on Christmas morning. “Try not to look down on those other children,” Mom said. “It’s not their fault that they’ve been brainwashed into believing in silly myths.”

Turn to page 56 where Walls explains that her mother didn’t like cooking. “Why spend the afternoon making a meal that will be gone in an hour,” her mother asks, “when in the same amount of time, I can do a painting that will last forever?” Walls describes how her mother would make a pot of beans to eat for breakfast, lunch, and dinner for a week or more.

Then there was the time Walls and her brother Brian found a two-carat diamond ring, which her mother refused to sell. Walls writes, “But Mom, … that ring could get us a lot of food.” “That’s true,” her mother replied, “but it could also improve my self-esteem. And at times like these, self-esteem is more vital than food.” When Walls reminds her mother, “We haven’t had anything to eat but popcorn for three days,” the mother said, “You’re always so negative.”

Walls’ portrait of her mother is a testament that she is sensitive to people’s feelings. Like all memoirists, Walls was concerned with violating her loved ones’ privacy. She recommends sharing the manuscript. After doing this, she found it brought her closer to her family, not farther apart.

Her brother Brian was astonished she remembered the story of their father taking him to a whorehouse. Brian said at the time Walls looked far away. That she recalled enough detail to write the scene flattered him.

Walls believes that writers can tell stories without hurting loved ones. “If you are looking to understand them,” Walls says, “you might be surprised how supportive people will be. Be open to changing names to protect privacy.” Walls did that in The Glass Castle on the recommendation of lawyers who vetted her book.

Perseverance is another lesson from Walls’ life. She first tried penning her story as a teenager, then again in her twenties and thirties. It wasn’t until she was 40 and encouraged by her second husband, the writer John Taylor, that she set down in earnest to write. “I needed perspective,” she says.

She created a version in six weeks and then spent five years polishing it. “Just sit down and write,” she counsels. “Tell the story from beginning to end. Read it out loud. It takes a lot of work to seem spontaneous.”

It was in the revision that Walls threw out material from her New York experiences, which she initially thought compelling, and added scenes she had dismissed as unimportant. One of the turning points in the book was when Walls discovered her mother owned over a million dollars worth of land containing oil and gas rights. When confronted, her mother refused to sell despite their dire poverty. It was Taylor who urged Walls to include that scene.

Walls warns writers not to read other memoirs while writing their own. Walls started reading Angela’s Ashes during the midst of her revisions and noticed blarney creeping into her story. Once she realized she was channeling another writer’s voice, she put the book down. Even for her own books, Walls instructs to read and set them aside. “Don’t try to copy me. Everyone has her own story. Listen to your own voice.”

In her second book, Half Broke Horses, Walls found the voice of her grandmother Lily Casey Smith and spins the tale of a woman with true grit. Lily, who grew up breaking horses in New Mexico, left home when she was 15 to become a teacher in Arizona. Eventually she would learn to fly. But because Lily wasn’t around to interview by the time Walls wrote the story, she invented dialogue and calls it a True Life Novel.

Though writing fiction, Walls follows her mother’s advice, and tells the truth. 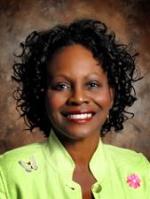 Sherri Burr is the Regents’ Professor of Law at the University of New Mexico School of Law where she teaches Entertainment Law, Intellectual Property Law, and Art Law. A graduate of Mount Holyoke College, Princeton University, and the Yale Law School, Burr has authored or co-authored twenty books, including A Short and Happy Guide to Financial Well Being (West Academic, 2014). Sherri is also a long-time member of SouthWest Writers and a regular contributor to the organization’s newsletter, SouthWest Sage.

This article was originally published in the March 2011 issue of SouthWest Sage and is reprinted here by permission of the author.