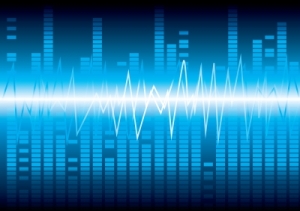 Whether composing fiction or nonfiction, writers should be concerned about the strength of their sentences reflected in word choice, as well as structure – and that usually means using active voice (or construction) instead of passive.

According to The Elements of Style, “the active voice is usually more direct and vigorous than the passive,” and, “The habitual use of the active voice…makes for forcible writing. This is true not only in narrative principally concerned with action, but in writing of any kind.”

In the following simple examples, it’s clear that active construction is less wordy, less awkward, and more straightforward than passive.

Writers are often cautioned that the use of “to be” verbs – such as is, am, are, was, were, has, have, had, be, to be, and been – equate to passive voice. But in the strictest sense, “Frank was eating the ice cream cone” is not passive construction because of the subject/verb/object structure.

However, just as the use of “by” (eaten by Frank) in the previous examples points to passive sentences, a “to be” verb such as was often indicates a place where writing can be strengthened. The same is true of using a “to be” verb along with a verb + “ing” ending (was eating).

The following is a paragraph I wrote as an example of passive voice and overuse of “to be” verbs.

Jake was running along his favorite path that led through the forest. Birds were singing overhead and squirrels were climbing the trees. Jake knew this was the best way to be constructive with his time in solving his problems. Today an article needed to be written for his journalism class about the different ways that quotations are being used in dialogue. Using double quotation marks is how Americans write dialogue. Single quotes are used by British writers. And a new way has just come along – not using any quotation marks at all. If there was only one way to format dialogue, Jake’s life would be much easier.

Here is the same paragraph strengthened with more specific verbs (jogged vs. running, chirped vs. singing, etc.), most of the “to be” verbs removed, and taking a more direct approach to convey ideas. This isn’t a perfect rewrite, but the result is more concise and uncluttered.

Jake jogged along his favorite path through the forest. Birds chirped overhead and squirrels skittered through the trees. Jogging in the outdoors always helped Jake solve his problems. Today he needed to write an article for his journalism class about using quotation marks in dialogue. Americans use double quotation marks. The British use single quotes. And the newest way does not include quotation marks at all. Jake’s life would be easier if the world decided on one standard way to format dialogue.

In the following example from one of my fantasy works-in-progress, “had” signals a place where a sentence can be strengthened. (Thanks to a critique by Kirt Hickman who suggested ways to fix passive construction in my early writing.)

The shadows, bloated and heavy, held fast to stone and vine, but Digger had the Sight and nothing moved yet in those depths.

The shadows, bloated and heavy, held fast to stone and vine, but Digger’s sight penetrated even those. Nothing moved yet in their depths.

It’s not possible, or suggested, to rid our manuscripts of all “to be” verbs or to be rigid in using only active construction. But the suggestion I take seriously is to be aware of how I construct my sentences and to make conscious choices accordingly. Sometimes I’m able to catch passive voice as I write, but the editing phase is when I find most of my problems. I do a search of those words I know I overuse (like was or had) and then decide if I can strengthen a sentence by substituting a stronger, more active verb or noun.

[T]here are going to be times when the passive voice is exactly the right thing for the sentence. It might be more appropriate for the situation. Like so many things in writing, it doesn’t matter what you do, as long as what you’re doing is exactly right for what you’re trying to say. ~ Janice Hardy

Good writing is made up of many elements layered or woven together into the whole. If you’re like me, you’re still learning and weeding through all that advice thrown around the Internet. Here is one of the best worth considering:

Is passive voice a problem you deal with in your writing?

You might want to check out the following regarding passive voice:
Janice Hardy, “Passive Aggression: Avoiding Passive Voice”
Liz Bureman, “When You SHOULD Use Passive Voice”
Bartleby.com, from the Elements of Style, 11. Use the active voice.

4 thoughts on “Writing a Memoir Like a Novel: Passive vs. Active Voice”